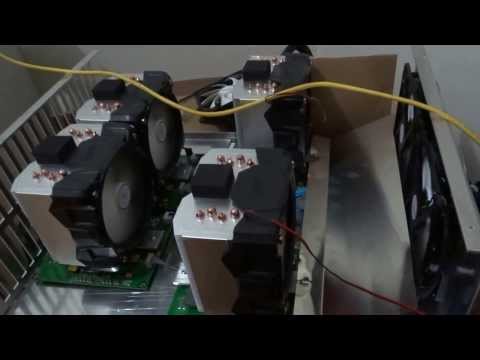 An Insiders Take on CoinTerra & the Bitcoin Mining Sector

Having been involved in Bitcoin since 2011 and on the inside of one of the 28nm Bitcoin mining contestants for the past two months, here is my story.
Feel free to skip the long intro to skip to the present: I added it because people might want to know where I'm coming from.
My elevator pitch is that I discovered Bitcoin in 2011 while traveling in Argentina, and after doing research I started recommending it as an investment to the subscribers of my financial newsletter in early 2012. BTC was $5 back then, so we did well with that.
Here are some links of the things that I've done in Bitcoin:


"Bitcoin seen through the eyes of a central banker"
Interview Keiser Report about Bitcoin, ECB & Argentina
"Why you should invest in Bitcoin"
"Cryptocurrency is the future of money, banking, and finance"

Rumor has it that Bitfury encountered issues prior to manufacturing, which has delayed production. Anyone have good info on developments?
http://www.coindesk.com/bitfury-launches-new-28nm-bitcoin-mining-asic/

I am pretty sure that with escrow and credit card purchase its safe to take the risk. I am wishing I would have not spent the money I have on miners and bough this. http://www.aliexpress.com/item/1TH-S-asic-bitcoin-miner-28nm-bitcoin-mining-machine-28nm-bitcoin-miner-pre-order-now-ship/1656827530.html

The mystery of Halong Mining

Halong Mining was a mysterious mining rig maker, whose DragonMint rig was shilled by Blockstream as the "Bitmain killer" in 2017. The DragonMint chips were supposed to use 7nm technology (which should be much more energy-efficient than Bitmain's 28nm technology), and would be manufactured by Samsung.
However, there was a total lack of details about the company, even the most basic ones -- such as which continent it was located on.
Recall that, shortly before the DragonMint announcement, Blockstream had unleashed a virulent smear campaign ("Antbleed") against Bitmain, because Bitmain's chips allegedly had an optimization feature called ASICboost that could increase throughput by (maybe) 10% or so. However, that feature was not enabled in Bitmain's mining rigs; the maker claimed that the gains would not be worth it.
Eventually rumors came out that Halong Mining was in fact re-selling unannounced miners made by Innosilicon. IIRC the claim of 7nm technology could not be confirmed and was forgotten; they were only a few percent more efficient than Bitmain's, and -- surprise -- they had ASICboost enabled. Slush Pool, a longstanding Blockstream supporter, promptly announced support for ASICboost miners.
Now we learn that Blockstream itself bought ~4000 rigs from Innosilicon, which were delivered to the US in Jul/2018. Those rigs should do 80 PH/s of hashing power (the total hashpower now is ~45'000 PH/s).
I find this story fishy (ok, what bitcoin-related story isn't?). Here is a theory:

https://obelisk.tech
 Sia is releasing a 28nm, full-custom ASIC. This ASIC will be a complete package, similar to an antminer. You will receive a mining box that includes chips, power supplies, etc. Minimal setup will be required to get the miner working.
The miner is in early development already. We have begun the process of chip design, hardware design, and supply chain management. We have had conversations with previous ASIC manufacturers, and we have been warned about delays, unexpected costs, and myriads of pitfalls that throw off estimations. For this reason, we have set a conservative shipping date of June 2018. If the miners are ready sooner, they will be shipped sooner. If all goes well (and it rarely does, especially for first time manufacturers), we could see the miners shipping before March 2018.
Following the presale, we will be posting a development roadmap on our website that includes all the major steps of development. We will be crossing off steps in the roadmap as we complete them, which will allow the community to follow our progress, have visibility into delays, and will be able to see the places where we are ahead of or behind schedule.
The estimated hashrate is 100 GH/s. We will not know the exact hashrate until later in the development process, however we have confidence that 100 GH/s is a low bar to hit. We may end up shipping miners with a much higher hashrate, and will continue updating the estimated hashrate as we get more accurate estimates for how the chips will perform. The estimated power draw is 500w, though it may be significantly less.
The price of the unit is going to be $2499. Chip manufacturing is expensive, supply chains are expensive, and there are a lot of single-time costs that go into making miners. Future batches will likely have lower prices, however they will also ship later.
We will be selling the miners for Bitcoin. We expect the sale volume to be very large (in the tens of millions of dollars), and we feared that the Sia cryptocurrency would not have enough liquidity to handle all of that volume, resulting in the price rising quickly as people scramble to buy Siacoin for the ASIC, and then the price falling quickly as we convert the Siacoin to USD. This is the worst of both worlds - participants buy the siacoin at a premium, and then we sell them at a discount. Bitcoin has much, much deeper liquidity, and we can sell large volume of Bitcoin quickly without moving the price too much.
We will be converting the Bitcoin to USD as fast as possible. If the price fluctuates by more than 5% before we are able to convert, we will need to request more coins to cover the difference, or cancel the order. If the price fluctuates upwards by more than 5% before we convert, we will return the difference.
The sale and shipment of ASICs on the Sia network is going to dramatically increase the hashrate. When considering how much revenue you may get from a unit, please take into account the fact that we are selling enough units to potentially 10x or 100x the difficulty. If another ASIC manufacturer decides to start selling Sia ASICs, the hashrate may go up by more than just the number of units we sell. Please also consider that the block reward is decreasing. Today, the block reward is about 189,000 siacoins per block. By June 2018, our ship date, the block reward is going to be closer to 135,000 siacoins per block, decreasing by 1 siacoin per block (or 4320 siacoins per month).
The presale will be open for 7 days. There is no rush - people who buy on the fourth day will receive the same treatment as people who buy on the first day. The sale will not close early, and while we reserve the right to deny purchases, we have chosen not to put a cap on the number of units sold. We may pre-sell additional batches before the first batch ships. The first batch will have priority when we begin shipping, and if the later batches will be shipping shortly after, those later batches will be sold at a higher price. People who buy in on the first batch will receive both price preference and shipping date preference as a reward for taking on the most risk.
Obelisk is the company that will be producing these chips. Obelisk is a fully owned subsidiary of Nebulous Inc. Nebulous is the company that employs all of the Sia core developers.
Obelisk has plans for growth in the future. None of these plans are finalized as we are primarily focusing on shipping this miner, but potential future products include:
Finally, we plan to introduce decentralized mining pools into the Sia ecosystem before we ship the miners. Hosts will have the option of running their own mining pool, and then miners can detect the hosts by checking the blockchain and the peer network, forming payment channel contracts with them and participating in fully decentralized mining. This should help alleviate the pool centralization that is seen in most PoW cryptocurrencies.
We are very excited about our new company, and hope that you share in our excitement. Feel free to ask any questions.

What if we (Classic Supporters) could directly support KNC?

Instead of donating funds to the Classic Mining Fund, what if we were able to directly contribute to KNC. After all, they are obviously making a profit and competitive with other miners.
Sending them funds to invest in new equipment should increase their profits and allow them to buy more equipment and further increase their share.
By taking market share over time, by continued support from Classic supporters, this would hopefully start to cause some concern to other miners.
Let's face it, the only guys that are solid in their support out of the whole mining community have been KNC. Wouldn't it be better that they have a bigger share?
I don't have any association with them, I don't know their history. I only know I read a piece a while ago by a KNC miner and he seemed spot on in his assessment of what bitcoin should be. And I know that they have been the only rock solid support for Classic.
There would need to be some sort of arrangement that the funds and profits are used to by more equipment (for the foreseeable future).

My response to the Dev Fork decision

Bitcoin's security is provided by work (proof of work). Actual work has to be done to increase security. "Shortcuts" do not increase security. ASICBOOST doesn't do more work, it lets you pretend that you did more than you actually did. It is not an efficiency gain, it is a shortcut. It is disenguous to compare it to other efficiency gains where more work was done.
The correct terminology to describe ASICBOOST is that it is a cryptographic attack.

The cryptographic attack used by ASICBOOST is colliding message blocks.
This same cryptographic attack, colliding message blocks, was used by Google in February 2017 to decrease the security of SHA-1 from 2128 to 261. This allows anyone with a powerful computer cluster to produce full hash collisions for SHA-1, completely breaking its security. This means that an attacker can produce two files with the same hash if they execute this attack and compute 261 operations.

More about the SHA-1 attack here:
http://shattered.io
This page contains two different files with the same SHA-1 hash proving that SHA-1 is not secure and cannot be used to verify the integrity of files.
Whitepaper on the colliding message block attack on SHA-1 that was used by Google:
http://shattered.io/static/shattered.pdf

ASICBOOST uses colliding message blocks to reduce the security of SHA-256 from 2256 to approximately 2255.48. In practice, this is negligible. However, if a new attack similar to ASICBOOST was revealed that reduced the security to somewhere in the order of 261, Bitcoin mining would be completely broken. It would be possible to mine a block, no matter the difficulty, with 261 operations, which is very achievable with today's technology.

Calling ASICBOOST an efficiency gain is very wrong.
Leaving cryptographic attacks unpatched sets a bad precedent that we don't care about these kinds of attacks. When a more serious cryptographic attack is found people will point to this one and say "why was that one allowed". It needs to be clear that we will patch any vulnerabilities on SHA-256

With a budget of 1000 dollars, how can I get into Bitcoin mining?

I'm pretty new to Bitcoin, and need some help getting started. I'd love to buy a miner for under $1000. Is that practical, or should I save up for one of the more expensive ones? What else do I need to buy? What are the best mining pools? Thanks in advance for the help!
Edit: I guess it would be more profitable for me to stick to investing, especially with the halving this June. Thanks to all for the very helpful advice!